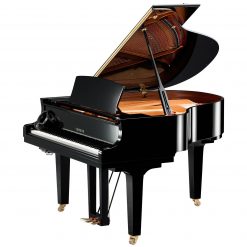 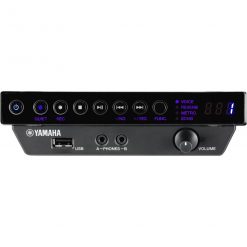 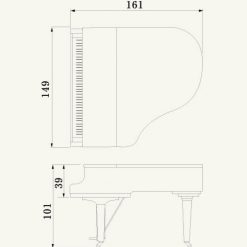 Please Watch Our Video Demonstration Below:

A piano you can play any time you want, with the natural touch of an acoustic grand piano. The new Silent Piano™ from Yamaha, offering enhanced Silent functions and an even richer sound.

All SH models come with an incredible Silent Piano™ sound when heard via headphones. They are the first in the Silent Piano™ industry to be equipped with a sound sampled from the Yamaha CFX full-size concert grand piano using state of the art binaural sampling techniques. This sampling technology delivers a three-dimensional sound like nothing you have heard through headphones before: the illusion of sitting in front of a concert grand piano.

A powerful, forceful presence, CX Series pianos possess a wealth of reverberation, taking in the nuances of a player’s intentions and reflecting them in the depth and projection of the music itself. Silent functionality has been added to this Yamaha C1X. This is an SH-type Silent Piano™ featuring a CFX sound source.

Yamaha Silent Piano™ features a range of unique technologies that allow them to offer a touch that is astonishingly close to that of an acoustic grand piano even when in “Silent” mode.

Under each of the 88 keys is a Yamaha-unique continuous-detection grey-scale shutter key sensor. These sensors detect the movement of the keys continually, allowing natural musical expression even when the piano is in “Silent” mode. Since they do not come into contact with the keys, these sensors do not affect the feel of the keyboard in any way.

Yamaha’s Silent Piano™ are fitted with hammer sensors that allow even slow keystrokes or rapid trills that would be difficult for key sensors to detect to be read accurately. To ensure that they do not affect the feel of the keyboard in any way, Yamaha uses non-contact sensors.

Silent Piano™ features a quick escape system that allows the sound muting mechanism to be fitted to a grand piano without sacrificing any of the playability or musical expression demanded of such instruments in an acoustic performance. This system allows optimal separation to be obtained between the hammers and strings by adjusting the distance between the hammers and strings, ensuring that the feel of the keyboard stays in the best possible condition whether playing acoustically or with the sound muted.

For the first time ever the Silent Piano™ offers sound sampled from the Yamaha CFX full concert grand piano, supporting the beauty of its clear, vivid tones with the power of this renowned instrument.

[ Binaural sampling system ] A recording system in which microphones are installed in the ears of a dummy (see diagram) so that the sound can be reproduced the way it is heard by the player.
When playing in “Silent” mode, the player feels as though the CFX sounds are coming directly from the piano.

This increase in memory capacity enables the SH type to reproduce even the subtle difference in nuances brought by key touch and thus significantly increases the expressivity of performance.

String resonance: Reproduces the expressive tonal colors that are created as strings hit by hammers resonate with other strings.
Key-off sampling: Reproduces the subtle changes of sound that occur when the damper touches the strings.
Sustain sampling: Records the rich sounds that are generated as the player depresses a pedal during performance.
Damper resonance: Reproduces the deep and expansive resonance that is generated when the player depresses a pedal. Subtle changes in nuance that occur during the performance can be reproduced faithfully.
Exclusive functions and superb operability of the SH type

The SH type has a built-in metronome that can be used in “Silent” mode so that players can listen to precise rhythm through headphones while they play.

While conventional grand Silent Piano™ require lever operation for switching to “Silent” mode, SH type Silent Piano™ do it all via motor activation with a single press of a button.

Open headphones and a variety of connection terminals

Open structured headphones that can produce clear, high-quality sound
The headphones that come exclusively with SH type pianos are designed in a way that minimizes the strain on users after long hours of playing.
This newly employed headphones contribute to the improvement of sound quality as well as to the reduction of fatigue during performance.

Equipped with AUX and MIDI terminals

There are no reviews yet. 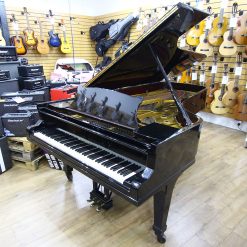 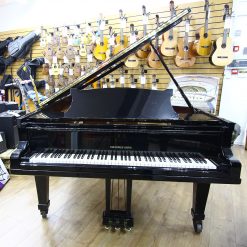 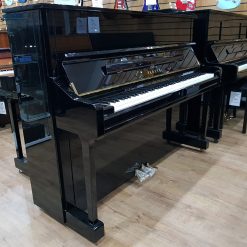 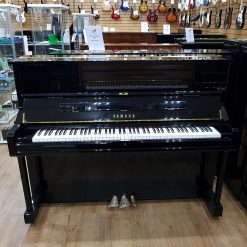 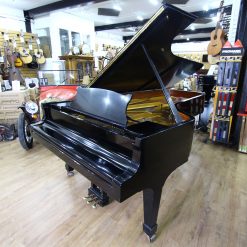 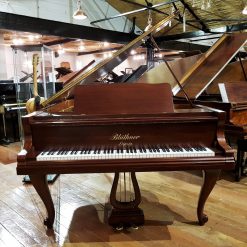 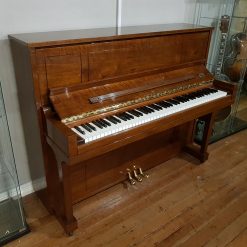 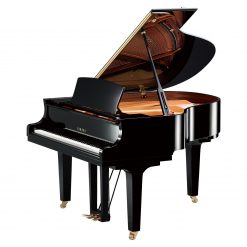